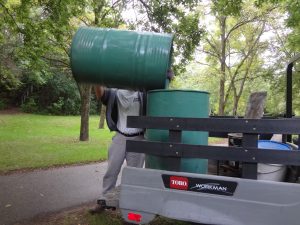 If you want to know how to decrease the number and severity of your injuries, start by figuring out where and why they are occurring. Then target the causes of those injuries.

CHESS did just that for a city’s Public Works Department. With input from their safety committee, we determined that strains and sprains were the most common and most expensive injuries over the prior two years. We then worked with the safety committee to develop a sprain/strain reduction campaign. That included sending supervisors a notice about the campaign, listing suggested videos they could use for their regular safety meetings. We gave them tool box talks and stretching exercises they could use in those safety meetings. Every three to four weeks, we followed up with safety reminder posters focusing on lifting, back injury prevention and sprain/strain prevention. For at least six months following that campaign, Public Works reported no sprain/strain injuries.

That was such a successful approach that the safety committee has followed up with three additional campaigns, following the same format. We worked with them to create and disseminate training on using three points of contact, on backing vehicles, and on identifying hazards. The safety committee owned the campaigns, but we’ve provided the legwork and expertise to make them successful.